Pick of the Vine Premieres January 16

Little Fish Theatre’s 2020 Season starts with Pick of the Vine, nine short plays highlighting what happens when options are weighed in the face of Big Decisions. The “tastiest picks were plucked from over 670 submissions proffered from around the world.” This annual favorite of audiences and critics January 16, featuring a mix of new and familiar LFT artists. This year’s harvest includes:

The 17-member reading committee spent part of their summer making its way through the sizeable stacks of short plays, choosing which scripts would then advance to the semi-final round where they were read aloud by LFT company members and scored. The top-scoring scripts chosen for production all include Big Decisions such as: a new and potentially dangerous way to pay off crushing college debt, choices being made inside today’s classrooms, and whether to stay in a relationship when presented with new astrological consequences.

Pick of the Vine will run at 8 p.m. on Thursdays January 16 and 23, and February 6. Friday and Saturday nights at 8 p.m. from January 17 through February 8. There will be four 2 p.m. matinees: Sunday January 26, Sunday February 2, Saturday February 8, and Sunday February 9. An early evening show at 7 p.m. has been added to the schedule on Sunday, February 2. The January 26 and February 8 matinees feature a special talkback session where audience members can interact with the cast and creative team.

Tickets can be purchased online at www.LittleFishTheatre.org, by phone at 310-512-6030 or by text 424-203-4707. Popular subscription packages of Anytime Tickets are available now and can be used at any of Little Fish Theatre’s regular season productions, at any time.

Founded in 2002 as an artists' ensemble, Little Fish Theatre presents classic and contemporary plays in an intimate setting in the Arts District of Downtown San Pedro. 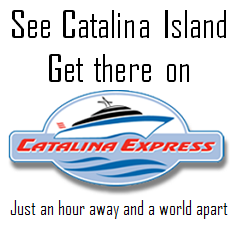